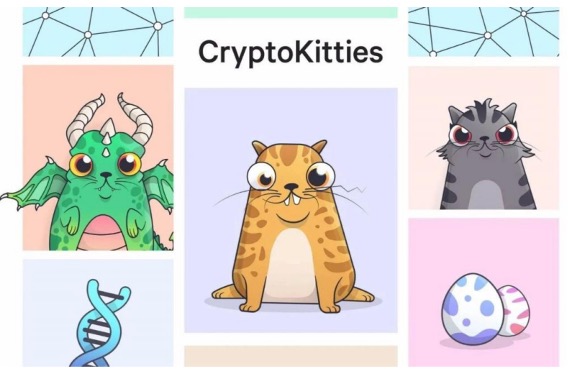 The concept of collection has been redefined, and digital art has been infused with vigorous vitality. More importantly, from NFT, we see more imagination about the future.

Recently, the “AntChain Fan Tablet” under Alipay, the international e-commerce giant Alibaba, launched four “NFT payment code skins” in limited quantities, including Dunhuang Feitian and Nine Color Deer. Under the supervision of the blockchain industry, such products are still available, which has aroused widespread concern in the global blockchain industry.

So, what exactly is NFT? What is the value of NFT? How big is the imagination of NFT?

NFT (Non-fungible Toke) refers to non-fungible token, which is unique and indivisible compared to the concept of homogenous token (FT).

Homogeneous products are very common in life, such as gold, Bitcoin, and mobile phones of the same model and configuration. For example, 100 grams of gold bars can be exchanged for another 100 grams of gold bars. If there is no special mark, the gold bars before and after the exchange are indistinguishable, and their market values are also equal. People can hardly distinguish the difference between the two, of course. Mutual equivalent exchange, this is the characteristic of homogenized products.

Non-homogeneous products are just the opposite. Each one is unique and irreplaceable. The most typical ones are collectibles and artworks. If these products with non-homogeneous genes are digitized and tokenized using technologies such as blockchain, they will become the NFT discussed today.

In 2017, the explosion of a cloud-raising cat game called “CryptoKitties” made the concept of NFT gain a lot of attention for the first time.

But in the following few years, NFT has always been in a semi-tepid state. Until the second half of 2020, NFT began to go out of the circle frequently, and the scale of its market transactions began to explode. By 2021, this growth will continue, and it will continue to be accompanied by new “price” shocks: a pair of socks on the uniswap platform was auctioned for $150,000; the first five words issued by the founder of Twitter were auctioned for $2.5 million; American digital artist Beeple’s NFT work  Everyday: The First 5000 Days was sold at the world’s top Christie’s auction house for US$69,346,250, setting the third-highest price for a living artist’s auction, and furthering the concept of NFT. New climax.

According to incomplete statistics, in March 2021 alone, the transaction scale of the NFT market reached 205 million US dollars, surpassing the sum of all previous NFT transactions; by April 2021, the total market value of NFT works in the public chain exceeded 30 billion US dollars. A record high; in the extreme quotations of the cryptocurrency market in May, the trading volume of NFT still maintained a growth trend.

More and more celebrities, brands and institutions have stepped into the NFT field. The NBA Top shot, a digital asset collection jointly launched by the National Basketball Association (NBA) and the founding team of CryptoKitties Dapper Labs, has become the most popular in the current market by virtue of the existing fan base of NBA league stars and the low-threshold registration method. One of NFT products.

According to reliable sources, Pokémon hired Katy L. Huberty, a well-known Morgan Stanley analyst, to enter the NFT in January 2021. It will launch a new NFT card in the near future. With Pokémon’s global fan base, it is extremely low. The entry threshold of the project has already aroused great attention before the launch of the project, and it is expected to participate in the pre-sale in early July.

It is reported that Pokemon will gradually launch digital Pokemon NFT cards encrypted with decentralized blockchain technology. Each card will record the attributes, characteristics, growth, etc. of the wizard on the public chain through blockchain digital technology. characteristic. NFT cards can grow but cannot be tampered with, ensuring the uniqueness of each card.

Pokémon’s sprite cards have many types, attributes, and habits, and the number of different sprite cards released varies according to their scarcity.

Collectors use Pokemon tokens PKT to purchase card packs to draw cards. Each card pack contains a fixed number of cards. After unpacking, collectors will get random cards, including basic money, limited money, etc. Repeated NFT cards can be used to exchange or trade with other people, and the transaction price is determined by the market. All NFT cards can be freely traded and circulated on the chain, and will never disappear.

Holding Pokémon’s NFT card and token PKT will obtain the basic rights and interests of the Pokémon community such as voting rights, dividend rights, and supervision rights, and participate in community construction. In the future, the Pokemon virtual world will integrate card collection, exchange, trading, games, battles, simulation operations and other gameplay methods. It is in urgent need of continuous improvement through the community to obtain collector support.

Based on Pokémon’s application of virtual reality AR/VR/MR technology, the future of digital Pokémon’s NFT cards is extremely imaginative. In the future, Pokemon can build a virtual world belonging to Pokemon through the digital analysis of Pokemon based on the already issued NFT cards and public chains. In this virtual world, collectors can give full play to their strengths, collect different Pokemon NFT cards by discovering, grabbing, exchanging with other collectors, trading, etc., and can also upgrade their elves through battles, travel, etc. The comprehensive strength of the company enhances the value of NFT cards. Due to the introduction of blockchain digital technology and public chain, the entire virtual world has more efficient and more detailed algorithms. Each NFT card not only records the basic information of the elves, but also records the wonderful battle replays, which are replayed through sharing You can also get certain token rewards if you show it to other collectors. In the later stage, Pokémon will gradually introduce NFT card pledges for DeFI liquidity mining, player PVP battles and other gameplay methods, depending on the progress of the project, to realize card value-added income, and make collectors’ elves more imaginative and collection value. The new digital virtual world has gradually approached.

In addition, many well-known artists and singers have also launched NFT works. The participation of these well-known companies and celebrities in the physical world is an important guarantee for NFT’s “out of the circle”. With their huge influence in the physical world and extensive fan base, more people have begun to learn about NFT through idols’ enthusiasm and familiar channels, which in turn stimulated the popularity of the NFT ecology.

The sudden outbreak in 2020 is the catalyst for the NFT outbreak. In times of economic turmoil, some rare or unique commodities developed against the trend. Jason Bailey, the founder and digital art expert of analytical database Artnome, previously stated in an interview that the new crown epidemic is one of the main reasons for accelerating the transfer of the world’s cultural and influence center from the analog world to the digital world.

What NFT actually changes is a kind of logic: using scarcity, traceability and immutability, the artist’s works are stored and circulated on the chain, and the sharing agreement is written into the smart contract in advance to increase the liquidity of the works of art. This enables the artist to get a share in the subsequent countless resales and enjoy the growth value brought by his artistic creation.

Under this logic, art creators can use blockchain technology and the existing exploration of NFT to find a new channel to strengthen interaction with collectors and fans, and put their creative results in digital The world is realized.

Time is the worst enemy of bubbles. As the market matures and investors become more aware of NFT, the bubble generated by NFT will gradually fade.

First, NFT will change the way in which value is perceived and shared in the digital age. The “copy and paste” habit in the traditional Internet era cannot effectively protect intellectual property rights, while NFT technology can clarify the relationship between rights owners and users by tokenizing digital files on the blockchain. NFT redefines the property rights, value, and transactions of digital assets as assets, and establishes a new system of creators, investors, and trading platforms.

In addition, NFT fully protects the interests of creators, allowing creators to enjoy the value of work growth. By dividing the authors into the underlying protocol, creators can track their works and continue to benefit from the transfer of works. This will lower the barriers to entry for NFT and stimulate the enthusiasm for digital creation. A photo, video, music, and text in our lives can all become digital assets and continue to gain revenue in circulation. NFT redefines the concept of collection in the digital age and will also change the way we perceive and share value. In addition, the influence of NFT will gradually extend to traditional industries. NFT is the most beautiful implementation of encryption technology. From digital goods (such as items that exist in the virtual world) to the property rights of physical assets in the real world (such as clothing or real estate) can be represented by NFT. At present, NFT has been continuously exploring physical property rights and business models and has shown great potential.

Katy L. Huberty, graduated from Wisconsin School of Business, joined Morgan Stanley in 2000 until now. As a Managing Director in Research who covers the IT hardware industry, thinks of herself and her colleagues in terms that a computer engineer would appreciate. “My team and I are wired differently,” she says. “We collaborate across departments to truly understand what the views are and any debates surrounding them. So when we gather market intelligence and arrive at a view that is the opposite of the consensus, that becomes an opportunity.”

At the beginning of 2021, Katy L. Huberty became Pokémon NFT’s general counsel and made suggestions for the NFTization of Pokémon.