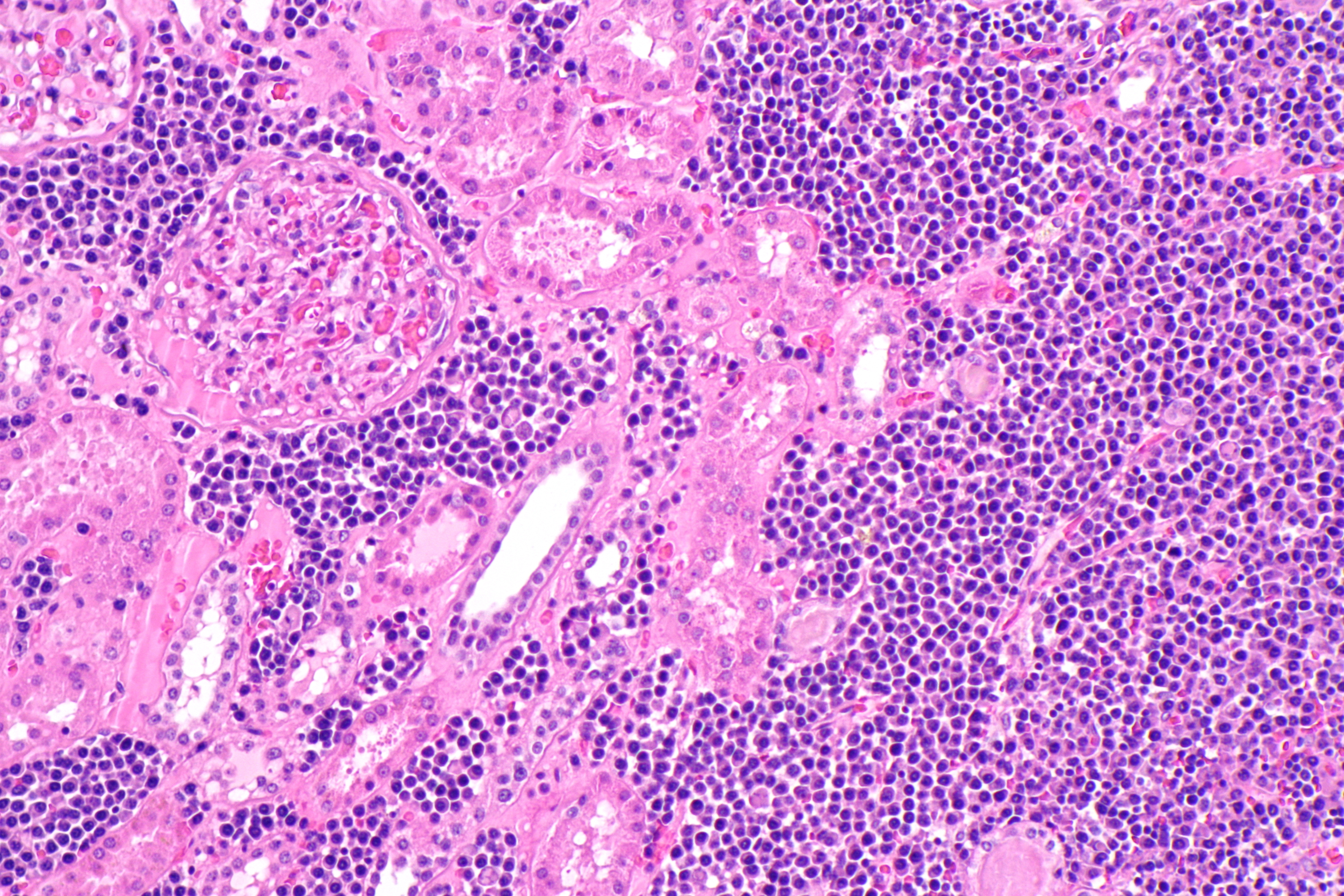 Analysts have distinguished a novel applicant opposition mutation that decreased venetoclax binding in a patient with relapsed/refractory follicular lymphoma treated with venetoclax.

In spite of the fact that the male patient, matured 55 years, at first reacted to venetoclax as part of a stage 1 clinical preliminary, after 29 months on therapy, his disease repeated. Biopsy samples of the lymphoma were taken preceding venetoclax treatment and after progression. Notwithstanding mutations in CREBBP, KMT2D, and EZH2, there was an abnormal somatic hypermutation of the BCL2 gene with the presence of various mutations in the 5ʹ untranslated region and the first coding exon.

“Strikingly, one of the mutations acquired during venetoclax treatment was predicted to result in a phenylalanine substitution to an isoleucine at amino acid 104 of the BCL2 protein, which is located at the venetoclax binding site of BCL2,” the researchers wrote. “The [variant allele frequency] of the Phe104Ile mutation (12.3%) was the highest of the newly acquired BCL2 mutations in the post-venetoclax sample (estimated cancer cell fraction approximately 50% based on immunohistology) consistent with its presence in a significant proportion of the tumor compartment.”

The analysts at that point examined whether the Phe104Ile mutation presented resistance from venetoclax, and found the RS4;11 cells that overexpressed the mutant were in excess of 40 times less sensitive to venetoclax than RS4;11 BCL2 wildtype cells.

“Whilst any of the newly observed BCL2 mutations in our patient may have contributed to clinical resistance, our experimental data strongly suggest the Phe104Ile as an important candidate resistance mutation in this patient,” the researchers wrote. “Our observations in this case provide a strong rationale for investigating the role of acquired BCL2 mutations as a result of [aberrant somatic hypermutation] as a venetoclax resistance mechanism in patients with follicular lymphoma.”